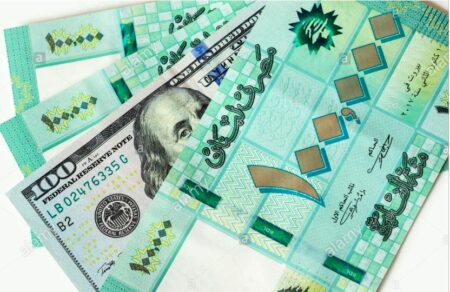 A couple of months ago, we at Liraexchange.com decided to stop posting daily and intraday currency rates since it became clear that the black market apps are a part of one of the most significant currency manipulation schemes of all time.

No wonder they are masters at inflating the USD to LBP rate, as most of these app owners are currency exchangers themselves.

This conclusion did not come out of thin air. We closely monitored these applications’ behavior for over three months approximately. We discovered the level of corruption and manipulation these apps reached.

Please keep reading to those who say these apps have little to no effect on the Lira rate!

Many studies were conducted to analyze public or financial sentiment effects on various markets and fields over the years.

The studies focused on the individual’s (Investors of all levels) rationality and irrationality of decisions based on their sentiment regarding a stock, investment, and forex.

What if the masses drive a specific market sentiment?

Most Lebanese people are so focused on the Lira rate that it has become a daily discussion and action topic.

Action? You might ask. Aren’t we all rushing to the exchangers begging them to exchange our Lira’s for dollars? Yes, we are, and dangerously, on a large scale.

Our decent politicians mastered the art of manipulating public sentiment.

This resulted from someone pumping dollars into the market to artificially drop the Dollar rate, thus creating a public sentiment that led to this sudden artificial gain for the Lebanese pound.

This was also used for political purposes, one of which was to create propaganda around Saad Hariri’s benefits as prime minister.

Of course, all returned to their previous state in days.

How Are The Black Market Apps Manipulating The Currency?

The black market Lira apps started popping up in early 2020. To date, a dozen of apps and websites are running the show of providing daily exchange rates.

Long story short, the apps and websites have no governing body, laws, the standard of operations, official supervision, and God knows who owns them.

Most probably, these rate providers are run by exchangers themselves. Many TV reports proved this.

But how are they manipulating everything and everyone?

After scrutiny, most of these apps work hand in hand collectively. One can not but notice that a couple of apps drive most of the other apps’ rates.

Over time, we noticed notifications sent on Sunday early morning showing and loss for the Lira! How can a Sunday at 6:00 AM, witness a loss of 200 or 250 points while there is no supply nor demand? Markets, businesses, schools, and most other businesses are closed. Who is exchanging Lira for the Dollar, then?

The international Forex market itself completely shuts down on weekends!

Most Lira losses were recorded on weekends, especially Saturday nights. The apps do this artificially to start the week ahead with an additionally inflated rate. If you have the guts to download eight apps, go ahead, do it, and watch the patterns and trends closely. Seeing is believing.

Boycotting these apps and websites will shake the foundation of this sick propaganda and sentiment manipulation.

These apps are the corrupt system’s tools to feed fear, false rates, and manipulate the currency.

Like it or not, these crooks are affecting our daily lives and well-being to the very core.

Of course, they are only a part of the problem, but a potent part. Manipulating the masses is not something of no effect; on the contrary, this is essential for them to keep us going down into “hell.”

Finally, we should all uninstall these from our phones and let them dry. I know this is not easy; I urge you to share this article on a large scale with all your family, friends, and acquaintances.

Additionally, everyone should spread the word about these apps; change happens with every one of us.

Please don’t underestimate these apps’ power; they are doing severe damage to all of us.

To conclude, we have to uninstall those Dollar to LBP black market apps as soon as possible; we shouldn’t be part of a scam nor help these app owners make money out of ads that they force us to watch.

Keep in mind that an application with 50k active daily users can make a hefty amount of Dollars out of forcing users to watch ads!

Not only are they running a scam, but they are also being paid to do it every time you use those apps and watch ads.

Another action we can take to shake these crooks’ grounds is to report them to Google as Spammy, unregulated, providing false information, and more. 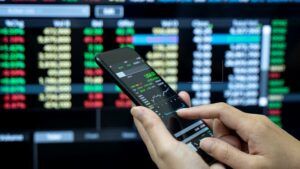 Never underestimate the potential of sending reports to Google. The giant doesn’t; look into the reports lightly. Most of the time, they may take severe actions against those apps to shut them down from the app store.

The Lebanese government can take them down in a matter of minutes, but this is most unlikely to happen for reasons known to all of us. This is also another indication of the real owners of those apps.

How To Start In An Online Business

What Is Pi Cryptocurrency About? Mine Now!

For general and business inquiries, please email us: info@liraexchange.com.

If you have any comments or questions, please do not hesitate to use the comments box below!

Today, Monday, April 19, 2021, the Lebanese Lira exchange rate black market opened up on a loss for the Dollar versus last Friday’s closing price. As usual, the black market applications were very active ...

Dan Azzi is maybe one of the most trusted public figures by the Lebanese public. His economic and financial analysis of the Lebanese crisis is, bar none, one of the best among all Lebanese ...